Instrumental collective exploring the depths of explosive dance music since 2009 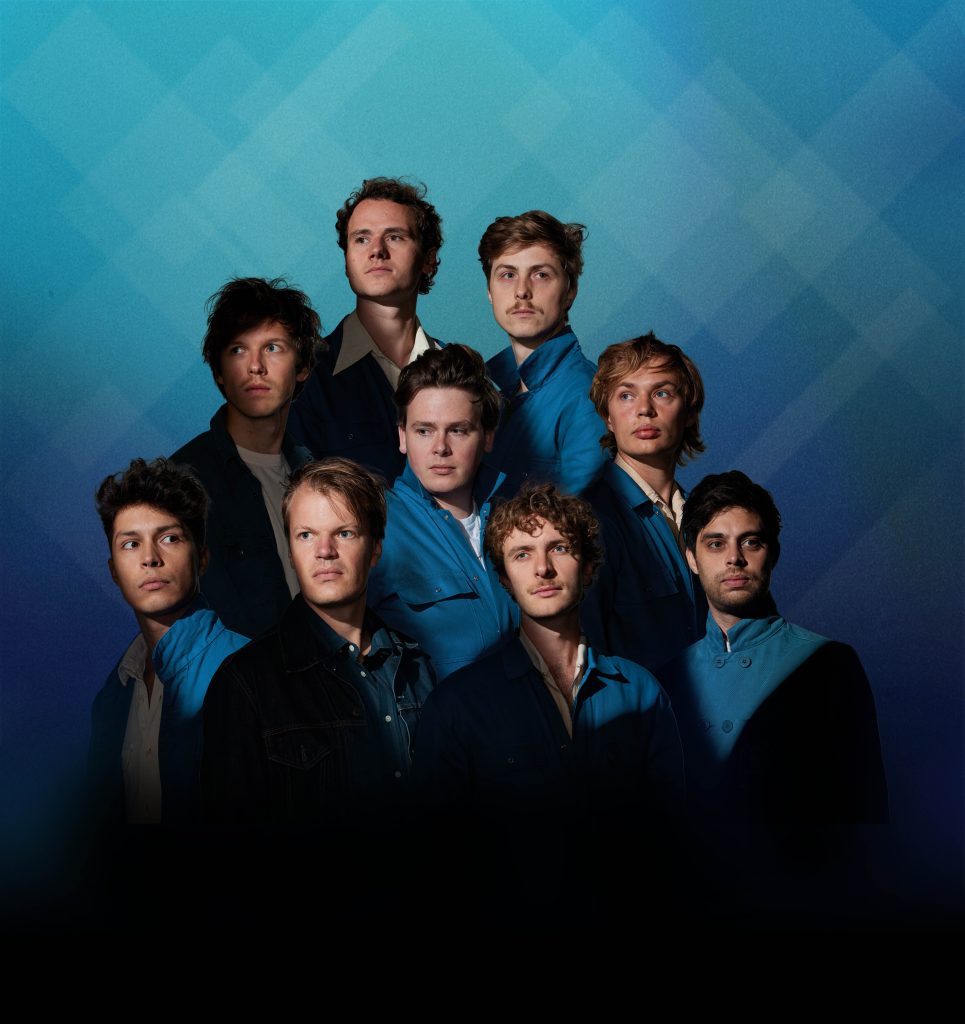 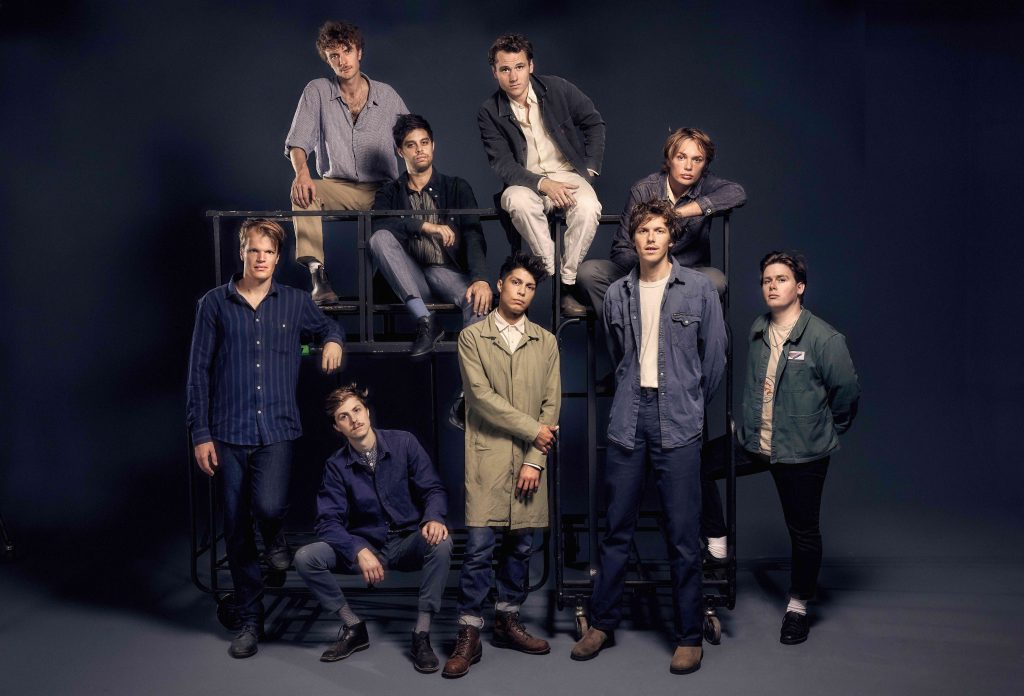 For more than ten years, Jungle by Night has been heating up dancefloors with their cross-cutting music at over 600 festivals and stages in 34 countries.

The nine-headed instrumental collective released six albums putting the language of their analog instruments first, making people dance on rhythms and grooves inspired by krautrock, dance, jazz, and funk. With its unique sound, Jungle by Night plays for any crowd: from jazz, to pop and from dance to hip hop.

It all started back in 2009, when a group of friends and family members from Amsterdam got together with a penchant for the same music. They formed a band in which not the vocals are center, but the interplay between their horns, percussion, and chords. Artists such as the Budos Band (with members of Sharon Jones & The Dap-Kings), Mulatu Astatke, Fela Kuti and el michael’s affair were sources of inspiration. Soon after their first concert, the band got picked up by radio, national tv and several festivals in the Netherlands. From here on, their combined taste and untamable hunger for music led the way.

In 2010 Jungle by Night released their first vinyl 7”. The single, released by boutique label Kindred Spirits, was distributed globally and got picked up by promoters and radio shows all over Europe. Not long after, the band performed as a support act for Mayer Hawthorne, The Roots ft. John Legend, and Ethiopian jazz musician Mulatu Astatke. In December 2010 the band played in Paris, accompanied by former musicians of Fela Kuti’s Egypt 80.

After the release of the 7”, Jungle by Night released an EP. A sold-out release show in the Melkweg (Amsterdam) and an extensive festival tour followed not long after. In addition, the band organised their inner successful ‘Felabration’; a special tribute to the musical legacy from Fela Kuti in a sold-out Paradiso in Amsterdam. The following summer the band toured through Europe playing at (a.o.) the internationally known festivals Istanbul Jazz and Sziget.

In 2013, Jungle by Night teamed up with DJ/producer The Gaslamp Killer, a fascinating artist, who is a key part of the Los Angeles beat scene together with Flying Lotus and Daedelus. They recorded a 7” ‘Brass Sabbath’; a unique single that consists of covers from Black Sabbath’s Electric Funeral and a medley linking the originally Turkish pop song High Times (Zemani Geldi) to The Specials’ Ghost Town. The same year, the band made their first entrance in the UK with two shows in London and the Isle of Wight. The band returned many times to the UK to play at (o.a.); Shambala, Jazz Cafe, Village Underground, The Secret Garden Party, Womad and Glastonbury (in 2016).

Not long after, Jungle by Night went on an international tour again to show the world a glimpse of their new album ‘The Hunt’.  Part of this tour was the Fuji Rock festival in Japan, where they played 3 shows. While the band’s records were already widely distributed in Japan, this was the first time fans could see the band perform live. The new album introduced a new direction of the musical signature for the band. Analogue synthesizers  gained a prominent place in the compositions, a mysterious and driving addition to the band’s sound.

In 2015 the band paid a tribute to Dutch pop history at Eurosonic Noorderslag in a special show with Dutch allstars Osdorp Posse, Armand, Pink Oculus and Jan Akkerman. That year, the United States and Canada welcomed the nine-headed collective for the first time where they played at Montreal Jazz festival, Ottawa bluesfest and the Roughtrade in New York.

The newly released albums ‘The Traveller’ and ‘Livingstone’ took Jungle by Night to all significant European festivals. Lowlands, Elb Jazz and North Sea Jazz to name a few. Their 10 year anniversary in 2019 was celebrated with a variety of concerts, finishing their tour in a sold-out show in Carré Amsterdam.

For the ‘Livingstone’ tour, the stage was illuminated by a gigantic golden disco cube. A stage setup in the shape of a triangle and a clever light design complemented the music and resulted in many ecstatic, sold-out shows. Renowned record label Rush Hour released a special remix EP with contributions from Ron Trent, Kuniyuki, Bruxas and Oceanic. Each with a completely unique perspective on the livingstone originals. The Spending Week remix by producer Oceanic got picked up by Jamie xx and was included in his BBC 1 essential mix.

The corona crisis wiped an agenda full of shows clean. To keep the spirits high, the band released an album with Live Recordings of their previous tour. As part of the ‘new normal’ they gave an exclusive live stream concert at Paradiso Amsterdam. Jungle by Night didn’t sit still and worked hard to find new ways of creating music from home. On 11 September, one of their newly created singles was released; Unlimited Love. In spring of 2021, Jungle by Night performed a number of Fieldlab-concerts in preparation for their autumn tour to celebrate the release of their upcoming album ‘Algorhythm’. When the clubs and festivals reopen, the band is ready to take live music to a new level.